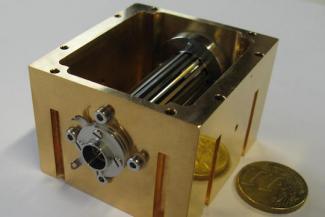 Project B2 deals with the laboratory investigation of small molecular cations of astrochemical interest using cryogenic ion trapping machines. Building on the novel action spectroscopic methods developed in the last funding periods, one focus is the infrared and (sub)mm-wave spectroscopy of deuterated cations whose spectral fingerprints are not or insufficiently known. As the rotational spectroscopy of the primary deuterated ions (those created by gas-phase exchange collisions of H3+, CH3+ or C2H2+ with HD molecules) has been completed successfully, the project turns its attention to secondary deuterated ions. This spectroscopic knowledge is important for the interpretation of the deuterium fractionation observed during and after the initial cold phases of star formation. Additionally, small fundamental cations containing only hydrogen and helium (e.g. H2He+) will be investigated.

Understanding deuterium chemistry is a central tool in understanding the different phases of star formation. Therefore project B2 is right at the center topic of the SFB. The results of project B2 are of relevance for the other laboratory astrophysics project B3, since deuteration and understanding the formation of large carbon containing molecules are strongly related. Project A6 uses observations of the molecular deuteration as an important tool to study the earliest, cold phases of star formation and characterizes the physical and chemical conditions of the star forming clumps. In particular, the deuteration of the coldest objects is probed using H2D+ lines studied in this project. Furthermore, the results of the kinetics unraveled in project B2 are of importance for the chemical modeling in project C3. 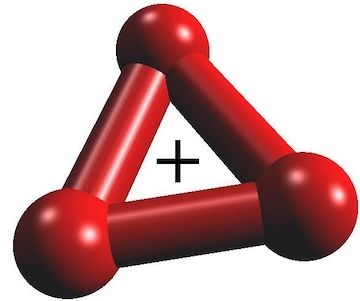 Stars are formed from the collapsing dense and cold clumps contained in in interstellar clouds. In these cold environments, astronomers observe a wealth of molecules, in which a hydrogen atom (H) has been replaced by its heavier sibling deuterium (D). Astonishingly, the abundance of deuterated molecules in these cold clouds is by far more than one would expect by the environmental D/H ratio. This phenomenon is called deuterium enrichment (or deuterium fractionation).  Deuterium fractionation is a central tool in understanding the different phases of star formation. Deuterated molecules are sometimes the only tracers for the coldest environments in space and thus are key to characterize star forming regions, especially prestellar cores and young protostellar envelopes.

Among the chemical processes occurring in cold clouds, the family of  ion-molecule reactions H3+ +H2 (in all its  isotopic variants) is of utmost importance, in particular for the deuteration processes.  The sequential deuteration reactions

are the main initial drivers of deuteration in cold interstellar clouds and  determine the chemistry in the last moments before star formation. Additionally, H 2 D+ and D2H+  are  one of the few remaining molecular tracers, when all other heavier elements have been frozen out onto dust grains (H3+ does not have a dipole moment an d cannot be detected by its rotational motion).

It is the aim of this project to investigate these ion-molecule-reactions in quantum-mechanical detail, and supply the astrochemical community and observers with accurate rate coefficients as well as transition frequencies for deuterated species. Besides the important reactions system H3+ +  H2, similar  reactions involving CH  3  + and C 2 H2+will be examined. 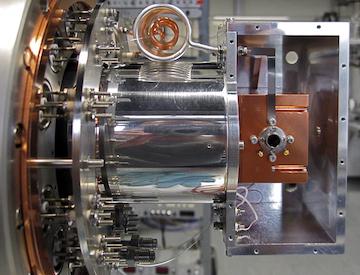 Ion-molecule reaction systems are best investigated in low temperature ion traps (22-pole traps). For the reaction system H 3 + + H2 the chemistry can be examined by changing the conditions, as the ambient temperature, the ortho/para-ratio of the H2  molec ules  as well as the HD/H2-ratio of the reaction gas. For spectroscopic investigations,  the method of laser induced reactions (LIR) can be used. It allows to obtain state-specific reaction rates and accurate ro-vibrational and rotational frequencies of the investigated deuterated ions. In detail, following laboratory tools are available for the investigation: