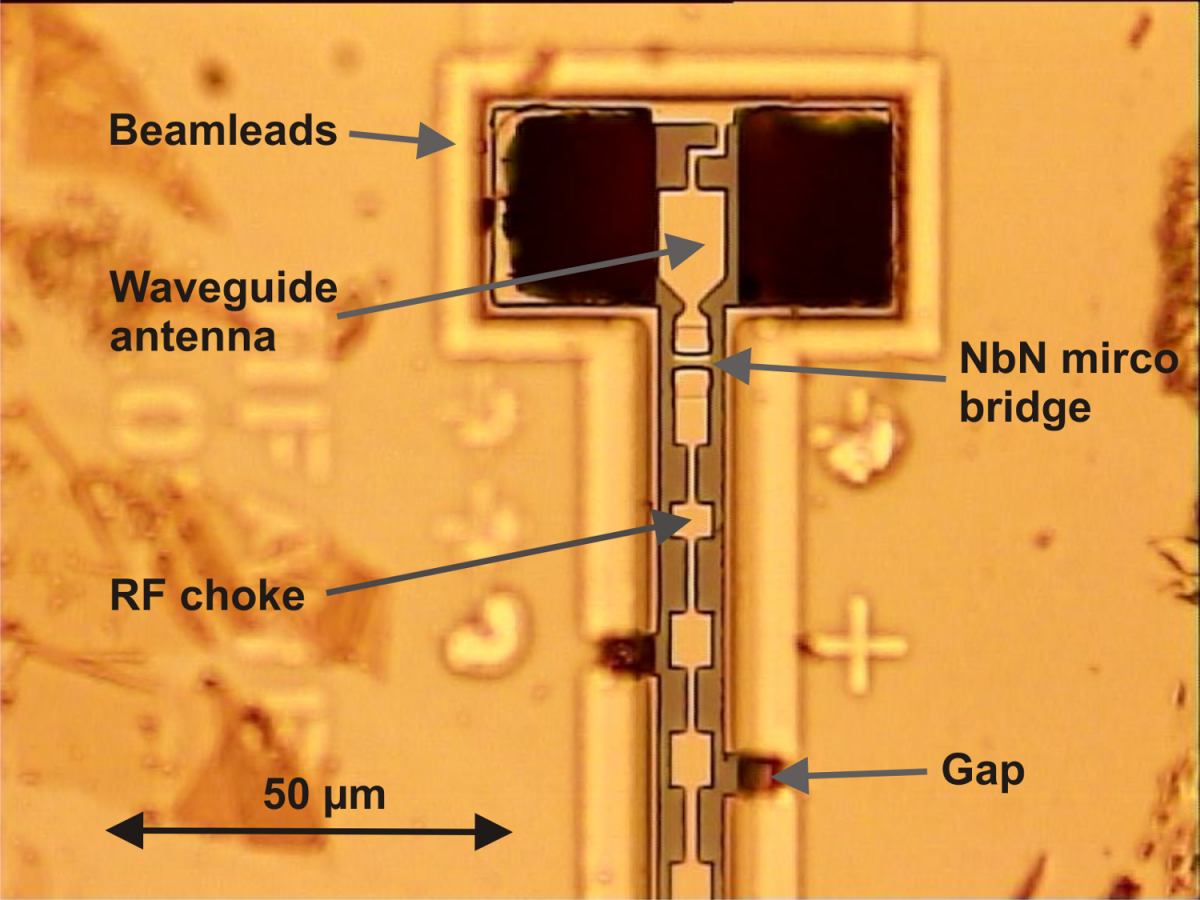 Fig. (1) Optical microscope image of the central part of the 4.7 THz device. The Silicon substrate of the device (greyish vertical strip) is only 2µm thick. 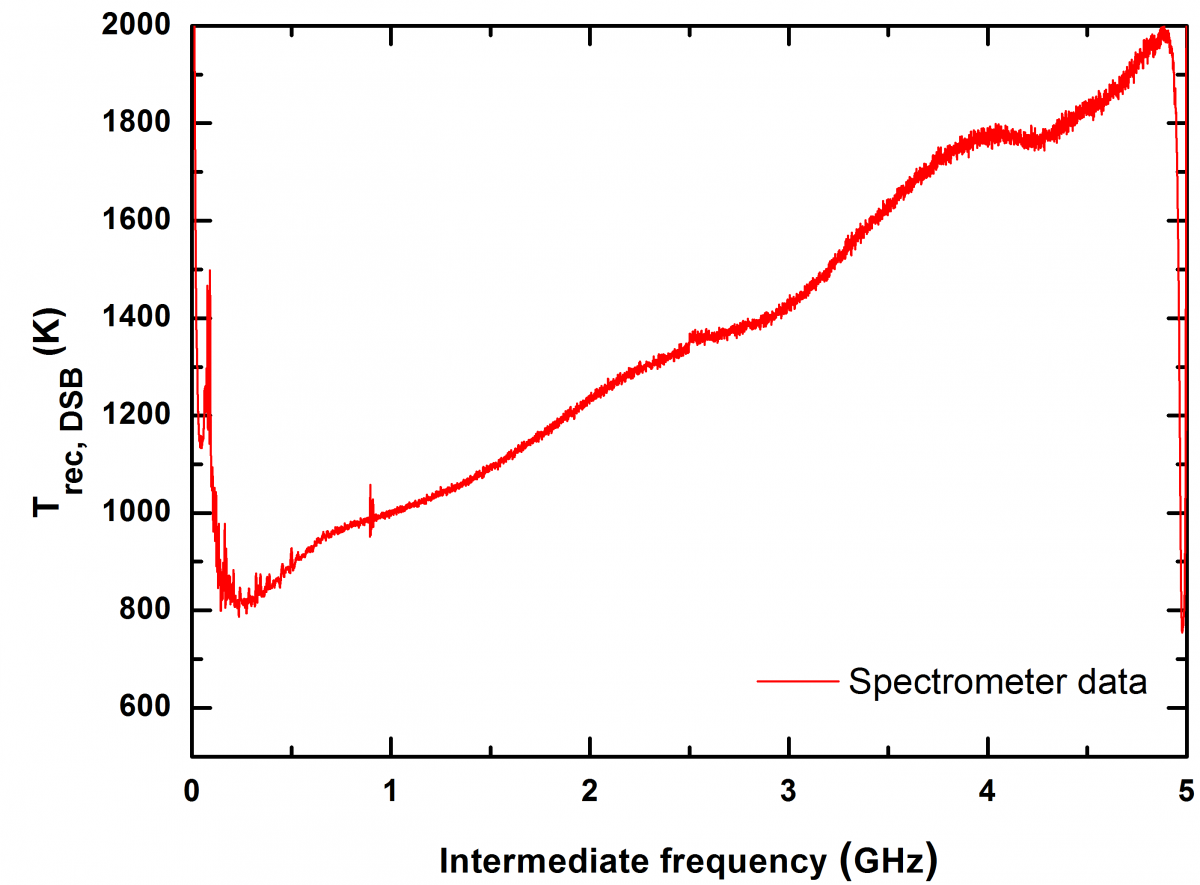 In December 2013 we manufactured our first 4.7 THz waveguide superconducting hot-electron bolometer (HEB) mixer. The 5.5 nm thick, 300 nm x 3600 nm NbN nano-bridge  is integrated into a normal-metal planar circuit on a 2 µm thin silicon substrate. The ultra-thin NbN film, the device and the mixer block were produced in house in our microfabrication lab and in our workshop. We use a CuTe alloy as a material for blocks because it has a higher hardness than pure Cu to avoid burrs which are a critical issue given the small dimensions of the structures. The 24 µm x 48 µm (22 µm depth) waveguide and the 16 µm x 105 µm (4 µm depth) substrate channel are stamped into the block with a precision of +/- 1 µm. The device is adjusted on the waveguide with a hexapod-nanomanipulator and is ultrasonically bonded to the block (see fig. 1).

The measured mixer direct detection response is in a good agreement with the 3D EM circuit simulation over the RF bandwidth. In cooperation with the Max-Planck-Institut für Radioastronomie (MPIfR) and the Deutsches Zentrum für Luft- und Raumfahrt (DLR) in Berlin, we measured our mixer in heterodyne detection in the GREAT test setup at the MPIfR with a quantum cascade laser (as local oscillator) from DLR Berlin. The measured noise temperature vs. the intermediate frequency is shown in fig. (2), which is one of the best results worldwide. The bandwidth of the 3 dB noise roll-off is about 3.3 GHz.

The observation target for our mixer is the (3P1-3P2) fine structure transition of atomic oxygen at the frequency of 4.74477749(16) (63µm, ref. CDMS) THz which is an important cooling line for star forming regions. This atomic line can only be detected from an airborne or space observatory due to the water vapor absorption in the atmosphere. In May 2014, this mixer was flown on the "first light" mission for the GREAT High-frequency-channel on SOFIA, the Stratospheric Observatory for Infrared Astronomy. The flight campaign was a huge success, yielding more high-resolution [OI] spectra than were ever taken before (there was only one  (Betz&Boreiko 1996) with a Schottky diode mixer that was 40 times less sensitive). Below is an example of the data taken during the campaign.

ig. (3) Colour coded intensity map of the planetary nebula NGC 7027, a final stage of stellar evolution, in the [OI] line at 63µm, taken on SOFIA in May 2014 with our 4.7 THz mixer. The grey circle represents the SOFIA telescope beam diameter at 63µm wavelength.

Fig. (4) A single spectrum of the map of NGC 7027 showing the complex velocity structure of the planetary nebula that is only visible in high-resolution heterodyne spectroscopy. The integration time was only 2 minutes! The excellent signal-to-noise ratio confirms the very high sensitivity of the HEB mixer. The narrow dip is the [OI] line of the earth's upper atmosphere seen in absorption from the flight level at about 43000 feet. The expansion velocity of +- 25 km/s corresponds to 90000 km/h. TNT detonates with 9.6 km/s.