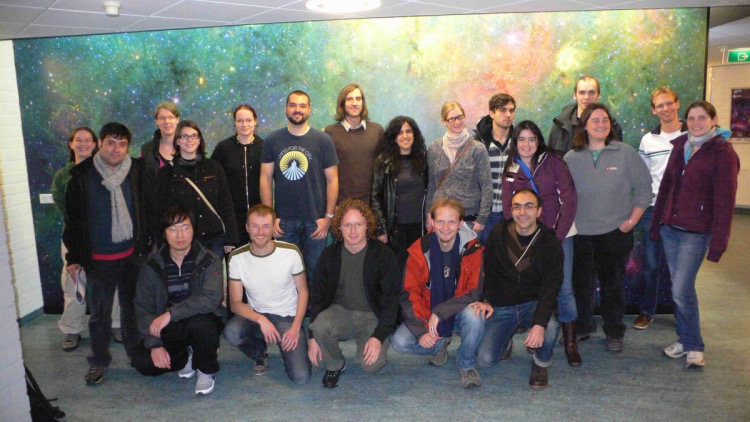 In 2012 the students' council of the SFB 956 organized the first retreat for the SFB students. A three-day-trip to the Netherlands combined a scientific program with social activities. Thus, students of different groups and fields of interest could spent some time together, get to know each other and broaden their horizon.

Our group of 20 students left the institute in Cologne on Friday morning and headed to Groningen. We arrived early and used the opportunity to walk around the city, go shopping and sightseeing. In the afternoon, we visited the Space Research Organization Netherlands (SRON) at the University of Groningen. SRON takes part in developing fascinating instruments for space telescopes like HERSCHEL and SPICA or the ground based Atacama Large Milimeter Array (ALMA) interferometer in the Atacama desert in Chile. A tour of the laboratories by leading scientists gave us a hands-on impression of these works. The tour was followed by an introductory talk on the physics of star formation and the interstellar medium, connecting the telescopes with the scientific problems they are used for to investigate.

The combination of laboratory and scientific work was a great experience for all of us with new insights even for those who work in a similar field. 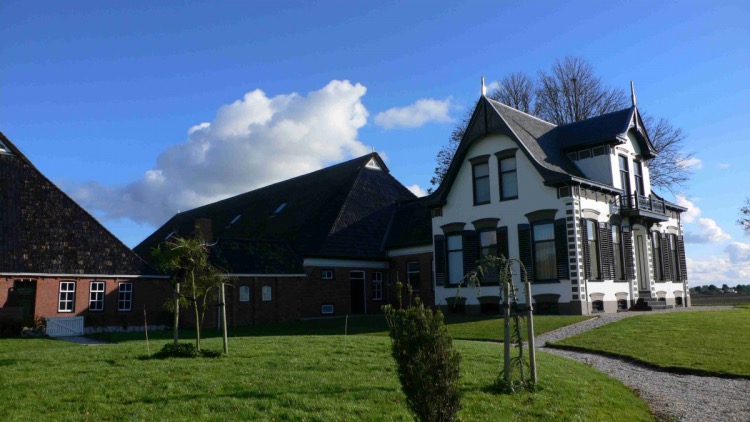 After spending a few hours at SRON, we drove to Uithoizermeeden near Groningen, where we stayed for two nights. The lovely old farmhouse provided not only sleeping rooms, lounge and a kitchen but also a swimming pool, a sauna and much space for sports and other activities. The meals had an large group gathering aspect. Breakfast and Dinner were prepared and consumed together. The evenings were reserved for free time, for games and party. The social aspect, to bring students of different groups together, was one of the main aspects of the retreat. 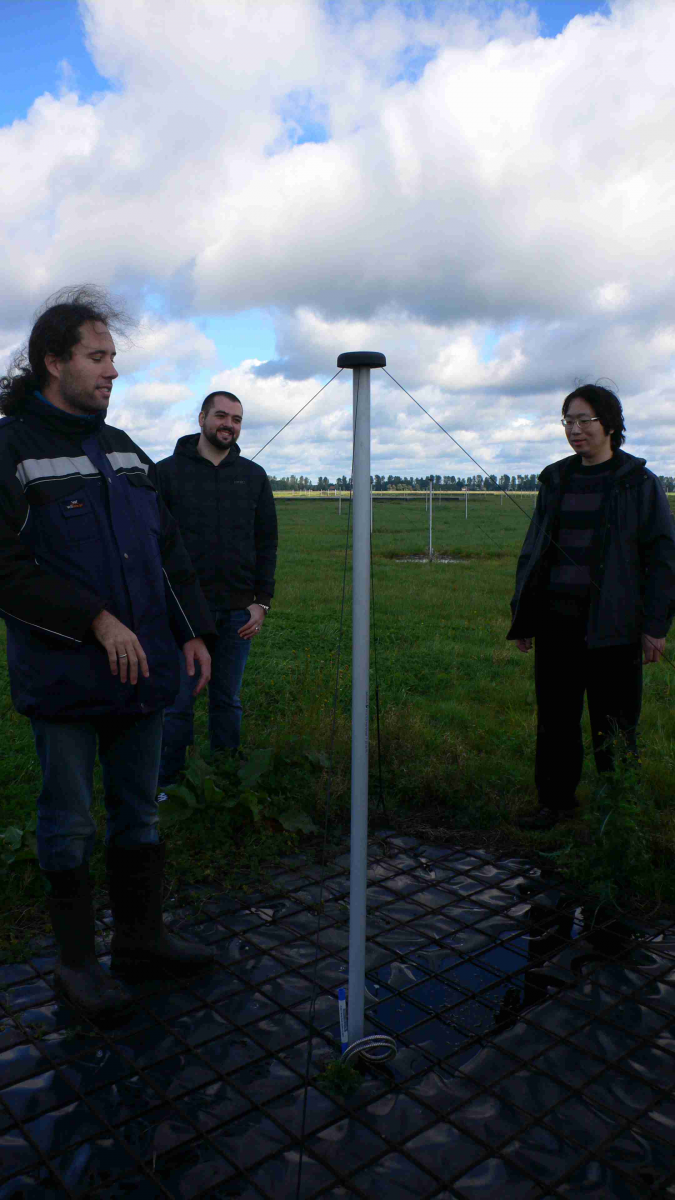 On Saturday morning we visited the main field of the Low Frequency Array (LOFAR) close to Exloo. LOFAR, supported by ASTRON, is a giant radio array telescope for the wavelength range between 30 and 1.3 m. It consists of 40 individual stations spread out over northern Europe, with the center being located on one of the largest bogs in the Netherlands. Up to now LOFAR is the most sensitive radio observatory for these low observing frequencies. The visit was sincerely guided by a local LOFAR-scientist. During the talk and the tour around the field we became a good overview of the motivations, infrastructure, technology, status, scientific goals and first results of the LOFAR project.

The afternoon was again reserved for social activities and with the Northern Sea coast being only a 15 minutes drive away, we also spend some time at the beach. This evenings highlight was a huge barbeque.

After two exciting days, we packed our bags and drove back home, where we arrived in the late afternoon.

How does SFB and students benefit?

Combining recreation, sightseeing and science, the retreat was a great success for all participants: On the one hand, we gained interesting insights into several exciting projects as well as their development and on the other hand we had the possibility to connect with the other students.

These days certainly brought the students from the different SFB projects closer together.